Milk: let’s take stock of what we know about it

Milk: let’s take stock of what we know about it 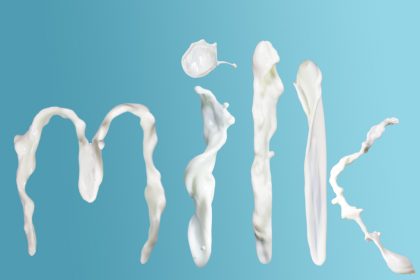 Milk: what do we know about it?

After the discussion on the effects of milk offered by Maria Assunta Coppola, here is my version. I want to clarify that, as much as I fully agree with her on some of the point she raises (I will make sure to emphasize those), on some other points I disagree, and cannot see milk as a threat in the same way she does.

Following the track marked by my colleague, I will also begin by telling my tale about milk, and about how its consumption became so common. I will base my story on what I heard from one of my university lecturers (Professor Modiano, teacher of Genetics 202). At the beginning of the history of humankind, people were dark skinned: their skin became fairer little by little, as they moved to the northern regions of the world. Exposure to sunlight allowed the production of larger quantities of vitamin D, whereas the cold weather up north reduced its production for long periods during the year. With pastoralism, people started consuming milk: those who drank milk had a higher intake of calcium and vitamin D, and enjoyed a better health (e.g. less fractures and rickets cases). The custom of drinking milk spread as a consequence. The conclusion of the story is that nowadays 50% of the African population is milk intolerant (as selection did not have an influence on them), while intolerance is less common in other populations.

During childhood and adolescence, milk is important for growth, and is a source of calcium and vitamin D, but it is not essential. In adults, it is even less necessary, as there are much better sources of calcium than milk: just think of sesame seeds or tahini (sesame cream), which for the same weight contains about 7 or 8 times the amount of calcium. But is milk really that bad for our health? Surely it is for those intolerant to it, as it damages the intestine and causes malnutrition, bloating and dysentery, and people have to be very careful in these conditions. But is it carcinogenic?

Well, despite what my colleague wrote, there is no strong evidence linking milk to the development of tumors. When it comes to milk, the largest study ever conducted on the relation between diet and cancer shows contradicting results. Milk seems to be implicated in decreasing the risk of cancer of the colon and rectum; the study shows a slight and only hypothetical decrease in the risk of bladder cancer in milk consumers, and a slight and only hypothetical positive association with prostate cancer (among its finding, the study shows how a diet rich in calcium, regardless of the source of this mineral, is strongly linked to the development of this type of cancer). From what is known nowadays, therefore, the advice regarding the consumption of milk is to avoid consuming it constantly and daily, and this is valid especially for male subjects with a history of prostate problems.

When it comes to bone health, I agree with my colleague and want to reiterate that milk is not essential: at our latitudes we can synthesize vitamin D by exposing ourselves to sunlight, and we can derive calcium from a thousand of other dietary sources, such as fortified soy milk, almond milk, almonds, sesame seeds, legumes, crucifers… but is milk really harmful for our bones? Does it acidify the blood, causing a urinary loss of calcium which eventually leads to osteoporosis?

This argument comes from the past belief that proteins have an acidifying effect but this correlation was excluded in a review of 2010. On the contrary, it was observed that a proper intake of calcium, even associated with high protein intake, is good for bones. This rumor was spread due to the fact that cow’s milk contains more protein than human milk, but how much protein does it really contain? Pasteurized whole milk contains 3.3 grams of protein per 100 g of product. Considering that a hearty breakfast corresponds to about 300g of milk intake, we can assume that it would contain about 10g of protein, which is just one-fifth of the daily protein requirement of a girl weighing 62.5 kg! I would not say that this is a disproportionate amount within the normal daily food intake.

Furthermore, blood pH is always stable between 7.35 and 7.45, unless the person is suffering from a serious disease, such as uncompensated diabetes. Saying that a food item acidifies blood makes little sense – see in this regard also the post on MedBunker, including comments.

But if this were not enough, a review looks into milk in relation with the acid-base balance. The conclusions of this work are:

Key teaching points: Measurement of an acidic pH urine does not reflect metabolic acidosis or an adverse health condition. The modern diet, and dairy product consumption, does not make the body acidic. Alkaline diets alter urine pH but do not change systemic pH. Net acid excretion is not an important influence of calcium metabolism. Milk is not acid producing. Dietary phosphate does not have a negative impact on calcium metabolism, which is contrary to the acid-ash hypothesis.

In conclusion, the final suggestion of Dr. Coppola remains valid: milk is not essential and a daily and abundant consumption can lead to problems, like everything else in the world can do (let us always remember that the dose makes the poison). Milk, as any other food, can be included in a varied and balanced diet, assuming that there are no specific allergies or intolerances – in that case it should be completely avoided.

I hope you enjoyed this work, written by two. I looked for an external collaboration to hear a different point of view, and I have to say that the my colleague’s post prompted me to investigate some important issues and some aspects of milk that I did not know about, and I thank her for taking the time of writing it. I hope that you, readers, became curious about milk as much as I did.

Article reproduced with the permission of the author.

Giuliano Parpaglioni is a biologist, nutritionist and blogger. He is actively involved in divulgating proper, scientific food information, against the falsifications and exaggerations often diffused and amplified by media and social networks. 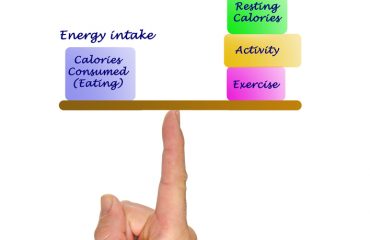 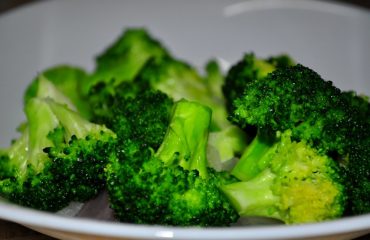