4 nutrients for a healthy thyroid

4 nutrients for a healthy thyroid 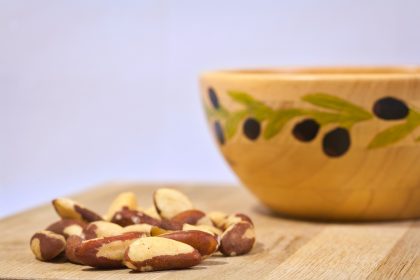 Shaped like a butterfly, the little gland in your neck has more functions than you imagined. It is involved in the regulation of several processes including: breathing, body weight, menstrual cycle, body temperature, and even the regulation of blood cholesterol levels.  Do your best to keep it functioning and you will definitely gain a lot in terms of health!

In this post, I would like to tell you about four nutrients that are important for the proper functioning of the thyroid and which many people lack: selenium, iodine, iron and vitamin D. Let’s analyze them more in detail.

Selenium: This mineral is a fundamental component of selenoproteins, a class of proteins including several enzymes, such as glutathione peroxidase, thioredoxin reductase, and iodothyronine deiodinases[1] which are active in the thyroid gland. Selenium deficiency leads to reduced glutathione peroxidase and iodothyronine deiodinase enzymatic activity, the  consequence of which is free radical accumulation, thyroid gland damage, and impaired thyroid hormone metabolism[2].

Which foods provide selenium in adequate quantities? Brazilian nuts represent the most concentrated selenium source. Two of these nuts  are in general sufficient to provide for the daily requirement  of this mineral. Other sources of selenium include tuna, oysters, whole-wheat bread, rye, sunflower seeds, most kinds of meat, and mushrooms.

Iodine: Despite the fact that this mineral is essential for thyroid hormone synthesis, too much of it can cause thyroid autoimmune thyroiditis and other disorders. This is the main reason why universally supplementing salt with iodine is not a recommended public health intervention. To avoid an increased risk of Hashimoto thyroiditis, it is therefore important that iodine intake falls within a relatively narrow range of the recommended levels (see Table 1). The main dietary iodine sources are seafood (e.g. seaweed, scallops, cod, sardines, shrimps, salmon and tuna), dairy products (yoghurt, cheese, milk), eggs and some types of fruit (cranberries and strawberries). Iodized salt is another source of iodine.

Ocean-caught or ocean-farmed fish and shellfish tend to be naturally rich in iodine. Vegetables grown in iodine-rich soil represent another potential source of this precious element. Finally, dried seaweeds contain very high amounts of iodine, although my recommendation is to consume them with caution to avoid exceeding the recommended intake. On the other hand, it is also useful to know that boiling seaweeds can cause a significant loss in the iodine content.

Iron: Iron deficiency is the most common nutritional disorder worldwide and affects millions of infants and children. An adequate iron intake is essential for thyroid function and iron deficiency might be the most overlooked cause of reduced thyroid function. Subjects with Hashimoto thyroiditis have lower serum iron levels. Studies in animals and adults have shown iron deficiency anemia to be associated with altered thyroid hormone metabolism[3]. Iron deficiency impairs thyroid function, by reducing the activity of the thyroid peroxidase enzyme (TPO), a thyroid-specific heme peroxidase anchored at the apical membrane surface of follicular thyroid cells. TPO is required for the synthesis of the two thyroid hormones: thyroxine (T4) and triiodothyronine (T3). Iron depletion can also have a negative impact on the production of glutathione peroxidase, a selenoprotein (see above).

Vitamin D: Low vitamin D blood levels have been found in patients affected by Hashimoto Thyroiditis and, interestingly, an inverse relationships of serum vitamin D with TPO/thyroglobulin antibodies have been reported. However, other data and the lack of trial evidence suggest that low vitamin-D status is more likely the result of autoimmune disease processes that include vitamin D-receptor dysfunction. In any case, making sure that your body never runs out of this important nutrient is never a bad idea.

Vitamin D is a fat-soluble vitamin which exists in two different forms: ergocalciferol (vitamin D2) and cholecalciferol (vitamin D3), which are formed from their respective pro-vitamins, ergosterol and 7-dehydrocholesterol (7-DHC)[4]. Both vitamin D3 and vitamin D2 can be obtained from diet and, in greater amounts, from fortified foods and supplements. Although fish liver oil, fatty fish or egg yolk contain higher amounts of vitamin D3 compared to other food products, a varied diet is not necessarily enough to provide the daily recommended dose of this vitamin. Cultivated mushrooms contain lower amounts of vitamin D2 compared to wild-grown. For this reason, they are irradiated with UV-B to increase the amount of vitamin D2[5].

These nutrients are not only relevant to the functioning of the thyroid, they are also associated with many other processes, from bone health to respiration. Make sure your body has a constant supply of them!

[9] Higher during gestation and lactation, lower in children.

[13] This can vary according to the latitude and season. 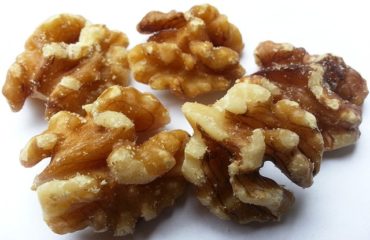 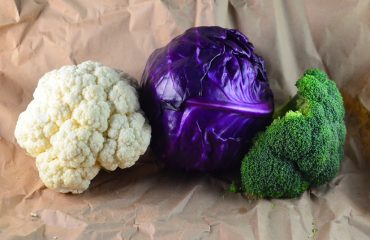 How to Get the Health Benefits of Cruciferous vegetables 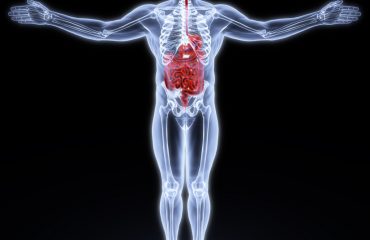 I tell you a secret: the bowel affects the mind