Osteoporosis is a public health problem in men too, although they are often not informed about this. About 20% of all hip fractures occur in men, and the incidence of vertebral fractures is about half compared to those in women. However, morbidity and mortality for fractured vertebra and femoral are higher than in women. The most common form of secondary osteoporosis in humans is mainly hypogonadism, alcoholism, multiple myeloma, hyperparathyroidism, malabsorption, and use of corticosteroids.

Osteoporosis: why does it matter?

Osteoporosis is a skeletal disorder characterized by low bone mass (osteopenia) and qualitative alterations that are accompanied by an increased risk of fracture. Those called “primitive” forms of osteoporosis develop after menopause (postmenopausal osteoporosis) or with advancing age (senile osteoporosis). Secondary osteoporosis can be caused by a large number of diseases (hyperparathyroidism, hyperthyroidism, anorexia, rheumatoid arthritis, chronic renal failure) and medical drug use (such as steroids or immunosuppressant for instance).

In Europe the costs for fractures have exceeded all expectations: in total € 39 billion a year are spent, more than half for hip fractures. The direct costs for the treatment of new fractures is about 26 billion, while 11 are spent for assistance and long-term care of patients with fractures and finally, 2 are spent for medical drugs.

Globally, osteoporosis causes more than 8.9 million fractures every year, the equivalent of a fracture every 3 seconds. About 20-25% of fractures occur in men. Among the elderly osteoporotic fractures are a major cause of mortality and the incidence is similar to that of stroke and breast cancer and 4 times higher than that for endometrial carcinoma. 50% of women with femoral fractures also presents a substantial reduction of self-sufficiency and, in about 20% of cases, requires long-term hospitalization.

Some of the most important risk factors for falls are:

The prevention of osteoporosis

There are some important factors that have a significant impact on the risk of developing osteoporosis:

Bone densitometry is considered useful in women over the age of 65, while in males (all ages) and in females aged less than 65, this test is recommended only when certain risk factors or conditions are present. These include premature menopause (< 45 years), thinness (< 57 kg), smoking, and morbid conditions (as well as use of medical drugs such as corticosteroids) that can potentially cause osteoporosis.

Finally, osteoporosis also impacts those wishing to age-in-place. For more information on how you can make your home safer as you grow older, take a look at this guide.

Can we live longer by eating less? 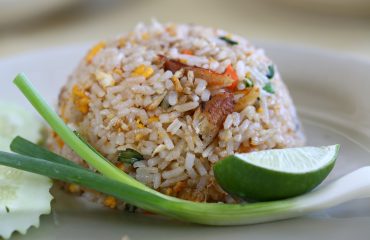